When to Go to Hawaii 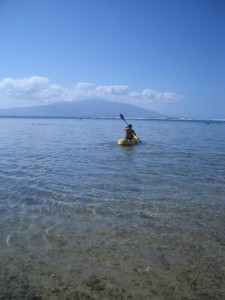 There really isn’t a bad time to go to Hawaii. Lest you think I’m biased, here’s a breakdown of the various things to consider when timing your trip to Hawaii. There will be something for everyone in this list, so you can pick the best time of year for your own itinerary.

To escape the crowds

The busiest times in Hawaii are summer (mid-June through early-September) and winter (December through mid-April) although there can also be seasonal spikes, such as the period that coincides with Golden Week in Japan in the Spring or around holidays or long weekends, such as Thanksgiving. If you’re looking for the best deals, you’ll want to travel outside these periods, in the shoulder seasons. Often during April/May and September/October, hotel occupancy dips and prices will be a bit lower. You’ll sometimes find package deals that include extras like free breakfast, parking, spa packages, or dining credits.

For the best weather

The weather in Hawaii truly is beautiful year-round. While the winter is generally a little wetter than the summer, that means that you’ll be able to see more lush greenery in the mountains and also more rainbows! For many, it’s not a difficult call to decide on a vacation to Hawaii when mid-winter back home sees you shoveling snow and packing on the layers. Summer in Hawaii is gorgeous, of course. If you plan to lie on the beach or catch some waves on the south shores, summer is a great time to visit.

>> Find out more about Weather in Hawaii.

If you want to see (or ride!) the big waves

Hawaii is the birthplace of the sport of surfing, so it’s not a big surprise that both residents and visitors alike are drawn to follow the seasonal swell around the islands. (Hey, our nightly weather report includes a surf forecast!) During the winter, huge swells arrive from the North and you’ll find big wave surf competitions like the Eddie Aikau memorial tournament which will draw champions from around the world.

If you’re a novice, leave the big waves to the pros during this time of year and always consult with a lifeguard before heading into the water as unseen rip currents can be deadly. Even if you are only able to watch from shore, it’s amazing to see mother nature in action where waves of 20-30 feet are pounding the shore! In the summer, the swell comes from a more southerly direction and south shore beaches like Waikiki are filled with surfers taking their turns trying to catch that perfect wave.

>> Read more about Surfing in Hawaii.

If you want to see whales

While some people are turned off by the possibility of more rain during the winter, there are those who choose to visit specifically at this time of year in order to catch the seasonal humpback whale migration as thousands of whales make their way from Alaska to Hawaii each year. Whales can only be seen in Hawaiian waters for a few months a year, and the best time to catch these amazing creatures on their Hawaiian vacation is December through April.

>> Find out more about Whale Watching in Hawaii.

Each month brings with it specific holidays and events as well, so check out the individual guides for reference.

>> Ready to book your trip? Use the widgets at the top and bottom of the page to easily check out prices for airfare and accommodation! Feel free to drop me a line if you have a question!