Things You Should Know About Kona 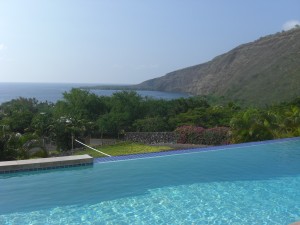 Located on the west side of the Big Island of Hawaii, Kona is a beautiful getaway on the most geographically diverse and largest of the main Hawaiian Islands. Home to some of the best coffee in the world, glassy waters for diving, fishing, and frolicking, as well as historical treasures you will only find in Kona. Consider this your guide to getting to know Kona just a little better. The rest, you’ll need to see for yourself…

10 Things You Should Know about Kona

1. It’s larger than you think. Many who mention “Kona” are actually referring to Kailua Village, also known as Kailua-Kona (renamed to distinguish it from Kailua town on Oahu) because that happens to be the main tourist center on the west side of Hawaii. But Kona is way more than Alii Drive, and actually stretches for almost 60 miles! Take a drive just a few minutes up the slope of Mount Hualalai and you’ll enter Kona Coffee country, or head south down to Kealakekua bay where kayaking and snorkeling are popular daytime excursions. 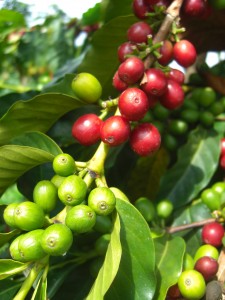 2. It’s home to some of the world’s finest coffee. For many coffee drinkers, coming to Kona is a dream. Drive just a few minutes up from Kailua-Kona town and you will enter the norther end of the Kona Coffee belt in a charming little town called Holualoa. For coffee to be labeled authentic Kona coffee, it must be grown within the North or South Kona districts only. A farm tour is a perfect way to learn about the process of growing, roasting, and tasting fine Kona coffee. A drive through the Kona Coffee belt is a great day trip from Kona.

3. The traffic can be a nightmare at rush hour – you’ve been warned! Rush hour traffic in and around Kailua-Kona can seriously throw a wrench in your plans for the evening. It’s best to time your drives to avoid prime rush hour traffic (2pm to 6pm to be safe) and if you must drive during this time, give yourself some flexibility with your scheduling. Shrug your shoulders, put on a Hawaiian music station for a mellow vibe, and just realize you are now on “island time.”

4. It has a rich Hawaiian history. King Kamehameha I, who became the first leader to unite the Hawaiian Kingdom in 1810, spent his final years in Kailua Village. His residence at Kamakahonu Bay (now the site of the recently renovated King Kamehameha’s Kona Beach Hotel) includes the Ahuena Heiau, a temple restored by the king himself. Just a few steps down Alii Drive, you will find Hulihee Palace, a favorite summer home of Hawaii’s Monarchs. 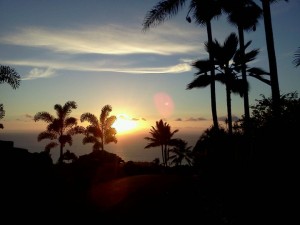 5. It’s got some of the most beautiful sunsets in the world. Because of its position on the western shore of the Big Island, Kona is famous for gorgeous sunsets. Occasionally the “vog” or volcano fog from the Kilauea eruption also blows with a more westerly wind direction, moving it up the island chain – on the other islands it’s referred to as Kona Winds as opposed to our normal trade winds that cool the islands from the northeast. When this happens, the air quality gets a tad hazier, but this can also produce some amazing multi-colored sunsets, like those that happen regularly in Kona.

6. You can sample solar-powered beer here. It might sound like a gimmick, but when you think about it this is a no-brainer. Kona Brewing Company is one of the most popular places for both visitors and residents to grab a Happy Hour (known in the islands as “pau hana”) drink and they are serious about sustainability. With an abundance of sunny days, this Kona restaurant and brewpub has taken advantage of Hawaii’s most abundant natural resource by installing photovoltaic panels to supply their electricity. So you can sip your pau hana pint knowing that you’re being environmentally responsible at the same time! 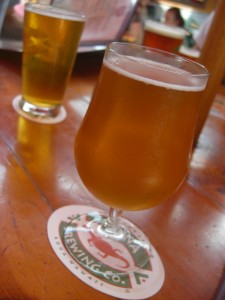 7. It is the hometown to a real-life astronaut. Most any child who grew up in the space age wanted to be an astronaut at some point. So did Kealakekua native Ellison Onizuka, who realised his dream, becoming the first Asian-American in space. Unfortunately, he perished in the 1986 Space Shuttle Challenger disaster – albeit doing what he loved most. The Kona International Airport now hosts the Astronaut Ellison S. Onizuka Space Center, paying homage to Kona’s hometown hero.

8. There is no shortage of water activities. If you love the ocean, you will fall in love with Kona. The relatively calm ocean waters make the Kona Coast an ideal destination for snorkeling, diving, whale watching and world-class fishing. In fact, Kona fishermen frequently turn in “granders” or huge fish over 1,000! Head down to Kealakekua bay and rent a kayak or standup paddleboard (SUP) and you’ll often be able to spot the fish even from above the water – the visibility is that good here!

9. The Ironman World Championships are held here each October. Although Kona is now home to the incredible championship every year, it originated on Oahu in 1978 when a group of Navy Seals decided to do back to back endurance events. The grueling course features a 2.4 mile open-ocean swim, a 112-mile bike ride and a 26.2 mile run. The current course record is just over 8 hours! You can see the action at the starting line at Kailua pier if you’re there during the actual event. The swim course is a popular recreational swim year-round for those looking for some extra exercise.

10. It’s a great base for exploring the rest of the island. The Kona coast is beautiful, but there is much to see and do all over the Big Island. It’s called “big” for a reason, so be sure to take drive times into consideration. For example, it takes just over 3 hours to Volcanoes National Park. You might also consider flying into one of the airports and out the other to avoid the roundtrip drives.

>> Ready to book your airfare to Kona or hotels near Kona? Use the widgets above and below this post. The airport code for Kona (KOA) is prefilled for you.

>> Be sure to check out our current specials for Kona and the rest of Hawaii on our Hawaii deals page.

If that you are headed to the Big Island, here are some things to check out: