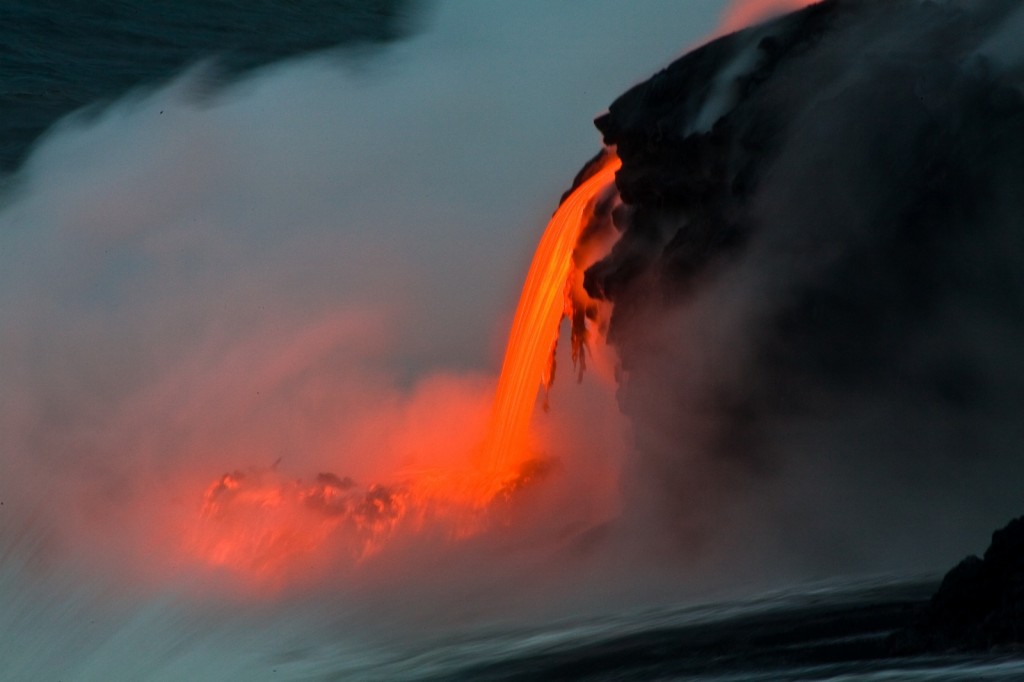 Hawaii’s Big Island is called “The Big Island” because, well, it’s the biggest island in the chain. But more than that, the island’s official name is “Hawaii” and that’s just too confusing when the whole state – all the islands collectively – has the same name. So when you say you’re visiting Hawaii, you’ll have to be more specific if you want people to understand you’re visiting the Big Island of Hawaii. You’ll also hear it referred to as “Hawaii island” by locals.

Although there are eight main islands in the Hawaiian chain, Hawaii Island accounts for more than half of the total land area. And while all of Hawaii might register as only a tiny blip on most maps, this one island in the chain is home to both the world’s most active volcano and the world’s largest mountain (when measured from the sea floor to the peak). There are also excellent spots for hiking, camping, surfing and other water sports – not to mention miles of white, sandy beaches on which to while away the hours.

>> Read up on Things You Should Know about Kona

Getting to the Big Island

The two main airports on the Big Island are Kona International and Hilo International, and it is possible to find direct flights to the Big Island both from the Continental US and Canada to Kona. However, keep in mind that by expanding your search to include connections in Honolulu can broaden your options considerably. Due to the large physical size of the Big Island, some will also opt to fly into one airport (Hilo or Kona) and out of the other, in order to make the most of their time on the island.

You can also plug in your flight info into the widget at the top of bottom of this post for airfare options.

Getting around the Big Island

The island is very large geographically, and there is not much by way of public transportation between towns, so you’re likely to end up renting a car if you’re planning to explore the island. Depending on the sights you’re wanting to see, you might want to consider renting a vehicle with 4WD. Otherwise, for shorter distances, you can rent a scooter or bicycle as well. Some resorts also offer shuttles to nearby towns or destinations.

Things to Do on the Big Island 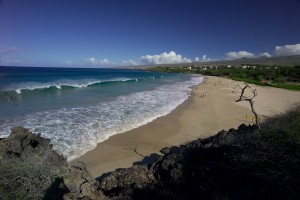 Even if you’ve just come to The Big Island to lie on a beach and the most taxing thing you want to contemplate is rolling over every half-hour on your beach towel, you might want to broaden your horizons a little bit and check out some of the natural wonders around you. That big wet thing attached to the beach you’re lying on, for instance, is the Pacific Ocean – and you’ll notice lots of people playing in it. There is some excellent diving, surfing and snorkeling around the island, as well as good old-fashioned swimming. The beaches on the Kona side of The Big Island are superb for all kinds of water-related activities, whether you’re taking part or just watching.

Off the beach, you can go hiking around the island to get a look at the tropical world up close, or rent a mountain bike and cover more ground. If you’d like to get away from the resort hotels, you may even consider camping. And you can’t really visit The Big Island without at least paying homage to the many famous volcanoes in the Hawaii Volcanoes National Park. We’re talking here about the world’s most active volcano (Kilauea, which has been erupting pretty much ever since 1983), the world’s largest volcano by volume (Mauna Loa) and the world’s tallest mountain as measured from sea floor to peak (Mauna Kea). That’s a bunch of biggest and best mountains, and you owe it to yourself to see them in person.

Really, there are tons of things to do and see on The Big Island – including spectacular waterfalls, the famous Kona coffee farms, beaches with black or green sand, and sometimes even dolphin watching. The point is that should you decide that your skin has soaked up enough vitamin D, it will take you years to get bored. And thank goodness for that.

If you are headed to the Big Island, here are some things to check out:

Map of the Big Island of Hawaii

Here’s an interactive map of the island of Hawaii. You can also turn on the satellite view (top right corner of the map) in order to get an idea of the mountains and terrain or zoom in and out as needed.