Stealing Lava Rock Brings Bad Luck – Or Does It? 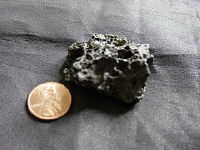 Can a superstition keep people from stealing? Apparently, it can. Legend has it that taking a piece of lava rock from the Hawaiian Volcanoes National Park – no matter how small the piece is – will bring the thief bad luck, courtesy of the Goddess Pele. So what happens to those who inadvertently bring home a bit of rock or sand in their hiking boots after a trek through the park? Well, if they start experiencing bad luck, they can send the rock back to Hawaii.

There are those who dispute whether this is actually a Hawaiian legend or whether it’s just a creative technique to keep people from taking lava rocks from the park (which is illegal), and the “legend” itself has even been attributed to a particular park historian. But the truth is that it really doesn’t matter whether the legend has any basis in fact – people have been sending lava rocks and sand back to the National Park for years in an attempt to make the cause of their perceived bad luck go away.

Unfortunately, although the lava rocks which are sent back are kept in a display cabinet, the exhibit is not in an area that is open to visitors. The display is in the Kilauea Military Camp, which is a vacation spot for military personnel. There are other organizations which will accept your lava rocks returned to Hawaii (for a small fee, of course), but it’s acknowledged that the best way to atone for your thieving ways is to return the lava rock in person. One return trip to Hawaii, coming up! (That’s not such bad luck, is it?)

And what about the bits of lava rock that you can buy all over Hawaii? They’ll tell you that they’ve struck a deal with the Goddess Pele so she’s not pissy about the rocks leaving Hawaii. But if you start having bad luck after you buy a lava rock, you know what you need to do. Start looking into airfare to Hawaii now, just in case.