Save Money on Your Vacation With Group Buying Sites 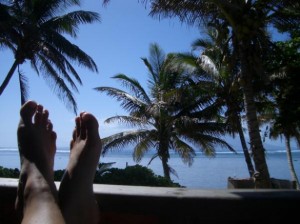 Everyone loves a good deal, right? Lately, it’s easier than ever to save money while on vacation, even in Hawaii, which often has a reputation for being a pricey destination. A little bit of smart shopping before you leave can pay off big time once you arrive in paradise. Two mai tai catamaran tickets for only $23? A stand up paddleboard lesson for $45? It may sound too good to be true, but it’s not!

With the launch of Groupon.com in Honolulu in October 2010, group buying sites have officially taken Hawaii by storm. Most offers are centered on the island of Oahu (Honolulu) but occasionally they may crop up for other islands, and sites will likely expand once the trend catches on in Honolulu.

How does it work?

Deal sites (such as Groupon, Living Social, Play Hawaii, etc.) use the strength of numbers to negotiate deals on things that consumers really want to buy. They set up deals with local merchants by guaranteeing them free advertising and new customers. It’s a trend that has become very popular in metropolitan areas all over the U.S.

Typically, you sign up for a site’s daily emails and receive one offer per day. Some sites feature “deals” that run over a weekend or longer, but in general you want to act quickly to take advantage of these offers before the time limit runs out. Certain sites may also offer more than one deal at a time. 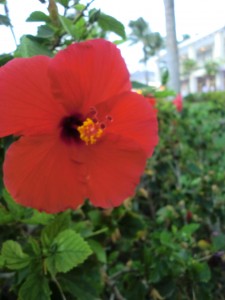 When you see a deal you like, you purchase it through the deal site. Once the deal closes, you will be able to print out a voucher with the details, which works like a gift certificate. Typically, you have between 6 months to a year to redeem the offer by bringing your voucher to the merchant.

While it may seem unsafe to give out your credit card information to a site you don’t know, all of the sites listed here are legitimate group buying sites, but feel free to do your own research if you are unsure. Most sites will also provide customer service if, for some reason, your deal is not honored by the merchant.

How can you use these deals to save you money on your vacation?

Sign up for daily emails from deal sites at least a month or so before your trip (you can always unsubscribe later.) This ensures that you will hear about offers that may interest you. Most offers are worth at least 50% off the featured deal. See below for examples of recent deals from current Hawaii group buying sites.

Buyer beware: Always read the fine print on on offer before purchasing. But be careful to call ahead to merchants (especially if appointments are necessary) so that you can be sure you will be able to use your deal while you are in Hawaii.

Currently, the major group buying sites for Honolulu are:

Groupon
Most Groupon offers are only good for 24 hours so you have to act fast, although occasionally they run longer. Groupon was the first national group buying site to start this trend, but they are the newest on the scene in Honolulu. On their launch day, they sold over 1,000 groupons, so they will likely be extremely popular and able to pull in some great merchant deals.

Living Social
Offers last either 24 hours or over a 3 day weekend. If you buy one deal and get 3 others to purchase from your referral link, you can also get yours for FREE. Great site if you’re traveling with a group, but call ahead to make sure you can redeem more than one voucher at a time.

Play Hawaii
Offers run for a multi-day period, sometimes more than one at a time. Play Hawaii is a local company and was the first one to launch in Hawaii. They are known for having quality merchant offers so you know you will get a good deal on a popular “local” spot. Mostly restaurant deals, but occasionally some activities, retail, or hotels.

Recent offers have included merchants such as:

Hot Deals Hawaii
This deal site is partnered up with the Honolulu Star-Advertiser and has some pretty competitive deals, mostly on restaurants, but occasionally on activities, massage, etc.

Some other sites to consider:

Tippr.com
Get $5 for using the link above when you purchase your first deal. Similar site to the ones above, I’ve found that their offers are slightly less interesting, especially for visitors, but it doesn’t hurt to sign up because you can always unsubscribe later.

Smart Deals
A newly launched local site, they have some really choice local merchants lined up, so this one is going to be a good one to keep an eye on for the future.

PinchIt
This one is primarily for Maui, making it unique among the deal sites. Some of the deals are not quite as steep discounts as the Oahu sites, although they seem to be improving the quality of deals and the frequency as well.

>> Ready to plan your trip so that you can use all these great deals? Search for deals on airfare, places to stay, and things to do in Hawaii. And if you have questions, feel free to drop me a line. Enjoy!