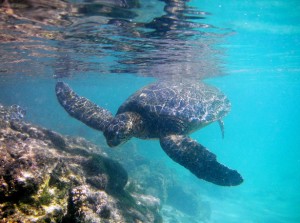 The state capital of Hawaii is Honolulu on the island of Oahu.

Citizens of most foreign countries need to obtain a visa to enter the United States. If you live in one of the following countries, however, you can visit for up to 90 days for tourism or business purposes without a visa as part of the Visa Waiver Program: Andorra, Austria, Australia, Belgium, Brunei, Denmark, Finland, France, Germany, Iceland, Ireland, Italy, Japan, Liechtenstein, Luxembourg, Monaco, The Netherlands, New Zealand, Norway, Portugal, San Marino, Singapore, Slovenia, Spain, Sweden, Switzerland and the United Kingdom. If you do not carry a U.S. passport, you may be fingerprinted and photographed upon entering the country.

The US Dollar ($) is the official currency of the Hawaiian Islands. A fun keepsake to look out for on your trip to Hawaii is the US mint’s state quarter series. The Hawaii State Quarter was the final coin released the series and has been very popular.

In general, cost of living is a bit higher in Hawaii than elsewhere in the United States, because much of our goods are imported. Gas prices are typically some of the highest in the nation, and the cost of groceries and food are higher as well. Keep these in mind when planning your budget so that you are not hit with sticker shock when you arrive.

There is a retail sales tax in Hawaii, a hotel occupancy tax and a car rental excise tax – find out if the prices you are being quoted include these taxes before you decide whether it’s a good deal.

The U.S. is on the 110V 60Hz system, and the plugs are of two varieties – one with two parallel flat pieces with a circular grounding pin beneath them, and another with just the two flat pieces and no grounding pin.

The area code for Hawaii is (808) and all islands fall under the same area code. To dial local numbers within the same island, you may omit the (808) before the number you are dialing. To call another island, you must first dial 1 + (808). To call long distance within the US, you must dial 1 + (area code). To dial internationally, use 011 + (country code) + (area code).

Hawaii has a rather strict anti-smoking law which prohibits smoking in any enclosed or partially enclosed space, as well as 20 feet from doorways of buildings. Check with your hotel or restaurant for designated smoking areas.