Search Hawaii hostels with up-to-date availability and book a hostel in Hawaii. 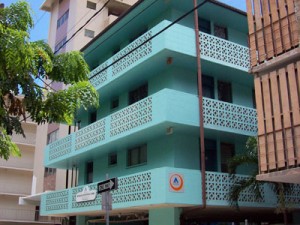 Hawaii has a bit of a reputation for being a pricey destination. With luxury resorts and vacation rentals on every island, you may be thinking that a Hawaii vacation is out of reach. But fear not, there are many hostels in Hawaii, some of them just steps away from the beach!

You will not find many of the big chain hostels here in the islands. Hostelling International does have two properties on Oahu (one in Waikiki and one in Manoa), however, other than that most Hawaii hostels are independently run, so it helpful to shop around and to do your research by looking at review sites in order to see what your fellow travelers have to say about a particular location before committing yourself. Some hostels have dorm type accommodation, while others provide smaller suites for singles, couples, or small groups. A few things to consider when choosing a hostel in Hawaii are listed below.

Oahu has a rather extensive network of public transportation, and Maui has begun adding a few more bus routes as well, however for most of the state, you will probably find it helpful to have your own transportation. Getting around in a rental car is the most popular way to get around. If you will not be renting a car, you will want to make sure that your hostel is centrally located, close to the sites you are interested in visiting, or whether or not they have shuttles or tours available. You may want to call ahead to ask these types of questions. 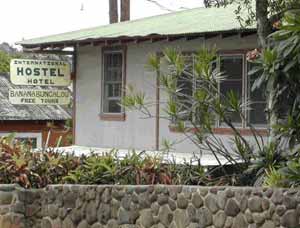 Many hostels cater to the “backpacker crowd” and have a lively social scene for those who are interested in living it up while in Hawaii. Keep this in mind whether it is something you seek out OR something you seek to avoid. You’ll want to check out the hostels amenities and activities to see what type of traveler it caters to. If you’re looking for a peace and quiet in your vacation, for example, you may want to avoid the rowdier hostels in Waikiki and seek out an eco-lodge retreat on the Big Island instead. Reviews can be particularly helpful for this type of feedback.

When using the widgets on this site to search for hostels, it may be a little confusing unless you are familiar with the particular town names as they are often not broken down by island. I’ve tried to put a sampling of locations below, grouped by island. So you may want to try plugging in a few of the towns/cities listed for each island to see what turns up.

If you can’t find what you’re looking for in the hostels, you may also want to consider other types of accommodation. Vacation rentals can be a good value if you’re traveling with a group, and often will save you money by allowing you to cook meals in your own kitchen or kitchenette. Bed and Breakfasts are less common than vacation rentals, but can sometimes be found as well, especially in more rural areas. Hotel rooms or condos in areas such as Waikiki on Oahu or Kihei on Maui can often be found for pretty decent prices in the slower months of April/May or September/October, when hotels will sometimes throw in freebies like parking, breakfast, or in-room internet to sweeten the deal. You may also find apartments or condos for rent on Craigslist or VBRO, but be careful with these and make sure you’re checked out the listing and the owner thoroughly to avoid scams.