Getting from Maui to Honolulu 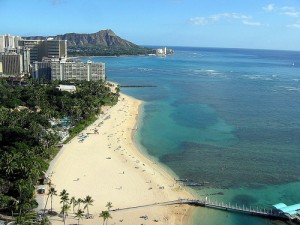 Maui is a great starting point for your Hawaiian vacation, especially since direct transpacific flights (especially from the west coast) are becoming more and more common. But each island has its own personality and Honolulu is still a stop for a majority of travelers to the islands. If you’re staying on Maui but would like a chance to see Hawaii’s version of “city,” a day trip to Honolulu may make sense for you. There are also attractions on Honolulu, particularly World-War II-era sites like the USS Arizona Memorial at Pearl Harbor, that can’t be missed.

Getting from Maui to Honolulu by Air

There are no ferries between Maui and Honolulu, so your only real option is to fly. Fortunately, interisland flights are frequent, although you will want to try to book ahead if possible as the cheapest fares can sell out quickly. Last-minute trips can get quite pricey unless you’re willing to fly at off peak times like very early in the morning. Depending on your itinerary, you may even opt to fly into Maui, then hop the 25-minute flight to Oahu, leaving via Honolulu. So many possibilities!

Another option would be tours and vacation packages that include interisland airfare, accommodation, and rental car.

>> Search for cheap flights to Honolulu

Getting around on Oahu

Oahu has a wide network of public buses which make it easy to get around the island. If you’re staying in Waikiki tours and trolleys are also options for getting around, depending on your plans.

While bus service is extensive and inexpensive, those looking for the most flexibility will opt to rent a car instead of relying on public bus service while staying in Honolulu, especially if you plan on taking day trips.