Getting From Hawaii to Japan 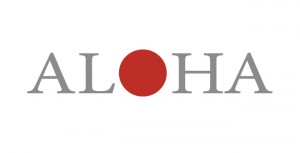 Hawaii and Japan have a long history, from the time the first Japanese arrived as plantation workers for Hawaii’s booming sugar industry, to present-day tourists who fill the shops and streets of Waikiki. Hawaii is a popular destination for Japanese on holiday and the reverse is true as well. Many who live in Hawaii are of Japanese ancestry and even if you’re not, Japanese culture is just one of the many that has gone into the “melting pot” that makes Hawaii so ethnically diverse and unique.

Whether your kama’aina looking to plan a holiday to Japan or a visitor to the islands trying to link up a Round the World (RTW) itinerary, you’ll want to investigate the options for flights between Hawaii and Japan.

Honolulu International Airport (Airport Code: HNL) is the main hub for international flights to and from the Hawaiian islands. When leaving Honolulu for Japan, you can find many restaurants and shopping areas (including duty-free) to keep you busy before your flight. More information can be found on the airport’s official website.

>> Search for cheap flights to Honolulu

Direct Flights from Hawaii to Japan

Currently your options are to fly from Honolulu to four cities in Japan – Tokyo, Osaka, Nagoya, or Fukuoka. Keep in mind that the peak seasons for travel between Japan and Hawaii include Christmas, New Years, Golden Week (late April-May), and the Summer/Obon Season, so fares will likely be higher during these times as demand increases.

Getting from Honolulu to Tokyo

The main connection for flights from Hawaii to Japan is Honolulu (HNL) to one of Tokyo’s main airports – Haneda (HND) or Narita (NRT). As the capital of Japan, Tokyo is the most common entry point for those visiting the country. This route is served by Hawaiian Airlines, Delta, All Nippon Airways, China Airlines, Japan Airlines, and United.

Getting from Honolulu to Osaka

Another popular cultural destination in Japan is the city of Osaka (KIX) in the Kansai region of Honshu island. This route is served by Hawaiian Airlines, Delta, and Japan Airlines.

Getting from Honolulu to Fukuoka

Delta recently announced seasonal service to operate between Honolulu and Fukuoka (FUK) to begin in December 2011. Hawaiian Airlines followed with an announcement of year-round service to Fukuoka to begin in April 2012. Fukuoka is located in the south of Japan on the island of Kyushu.

Getting from Honolulu to Nagoya

Delta offers seasonal service between Honolulu to Nagoya (NGO), also located on the island of Honshu.

Here’s an interactive map of the Japan. You can also turn on the satellite view (top right corner of the map) in order to get an idea of the mountains and terrain or zoom in and out as needed.