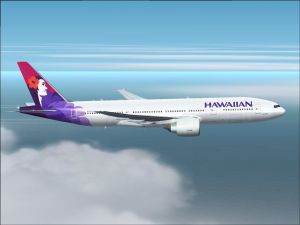 Thinking about a Hawaiian vacation but aren’t sure you can afford it? Over the years Hawaii has developed a reputation for being a high-priced destination that may be out of your personal budget. But, with a little research and planning it is easy to find great deals to the islands that almost anyone can afford. This morning I sat down with Keoni Wagner, Vice President of Public Affairs for Hawaiian Airlines, and asked him a few questions about Hawaiian airlines, the best ways to find the hottest deals to the Hawaiian archipelago, where his favorite spot in the islands is and why tourists should want to visit Hawaii.

When is the best time to find great deals to Hawaii?

One secret in Hawaiian travel is going right after summer during the shoulder season. From right after labor day until Thanksgiving and then again from after Thanksgiving to the middle of December, prices tend to be very low and there are lots of good deals to be found. Hawaii has a great variety of options with a whole spectrum of pricing.

If you have the flexibility, traveling during the shoulder season will always be better. There are fewer tourists, better deals. Everywhere there are just less people—in restaurants, hotels, on the beach. You get a much more personal experience.

What’s so special about flying Hawaiian Airlines rather than using another carrier?

I don’t want to sound too arrogant here, but Hawaiian Airlines really is a special carrier. We like to think of your flight on Hawaiian as part of the vacation. As soon as you step on the plane, we want customers to feel like their vacation has begun. We’re based in Hawaii and most of our employees are from Hawaii, so we have a real orientation towards hospitality. Everything from the colors on the plane to how we treat you to the magazine comes off as Hawaii.

With everyone looking to be more eco-friendly in their travel these days, how is Hawaiian Airlines focusing on being green?

Technology is the main way. We have a modern fleet that is 30-40% more fuel efficient than older model planes. We are also the first worldwide carrier to introduce eco-power washing of our engines, which is improving efficiency even further. We also recycle aluminum cans used on board.

I’m partial to the Big Island. It’s, well, big… and wild. You can spend a lot of time seeing a lot of different things on the Big Island. There is just a big variety of activities. There are also something like 23 micro-climates on the Big Island, making it one of the most diverse and unique places in the world. You’ll always see something special like a Hawaiian hawk. Volcanoes National Park is also an amazing place, and if you are lucky enough to see lava flowing into the ocean that is something really special.

What I love about living on Oahu, is that you get all the benefits of a big city on Honolulu, but you can be in the wilderness in 30 minutes.

When is the best time to go to Hawaii weather-wise?

The weather forecast in Hawaii is kind of joke, because it’s pretty much the same year-round. Mid-eighties with a chance of rain later in the afternoon at higher elevations. The weather is great in the fall. It does cool down a few degrees in the winter, and then you get some April showers, but showers in April in Hawaii is not like in other places. It rains for 5-10 minutes and then moves on. Pretty much anytime of the year, you have a great chance of getting great weather in Hawaii.

We just placed a $4.4 billion order with Airbus for new planes to replace our Boeing 767s. They will be bigger and even more fuel efficient. Improving technology is the best way to keep prices down. These new, bigger planes also offer us a lot more range. Soon we may even be able to offer non-stop flights from Europe to Honolulu, which will make Hawaii much more attainable and accessible to more people.

Hawaiian Airlines also has a new trip planner on our Web site that allows you to book everything at once—airfare, hotel, rental car and activities. There is also great destination information and fare specials. Right now we are offering some great package deals to Honolulu starting at just $544.

Hawaiian Airlines recently started non-stop service from Honolulu to Manila. Are there plans to open into more Asian markets?

Manila is a great and gateway to Europe. From there you are only an hour and a half to Hong Kong and other big Asian destinations. We have plans to start service in other Asian markets, including Shanghai.

With increasing fuel prices, how does Hawaiian plan to keep airfares low?

Technology is the best way to stay efficient and keep prices down. If you look at fares to Hawaii over the past 20 years, you won’t see a big change in price despite much higher operating costs. This has forced us to find ways to be more efficient and lower our operating costs. You never know what gas prices are going to do, but if history is any lesson, than fares shouldn’t change a great deal.

Why go to Hawaii?

Travel is one of the great rewards in life. It enriches you and your families life. Hawaii is one of those distinct, special places. There is nowhere else like it the world. Culturally and environmentally it is one of the friendliest places in the world. It’s a safe place—there are no predators. No snakes, no poisonous bugs. The people are welcoming to visitors and it’s a great place to go and really relax.