Because Kilauea has been erupting for over 20 years now and some people have gotten close enough to feel the heat from the lava, people sometimes think it’s a ‘tame’ volcano. Well, there’s no such thing. We on the Big Island are lucky that Kilauea is a relatively gentle volcano, normally lacking in the explosive qualities that create a need for evacuation of entire areas. 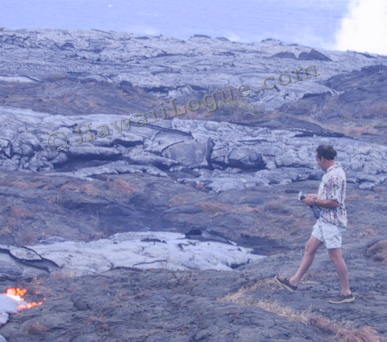 Within the last 20 years, Kilauea ate most of the Royal Gardens subdivision and covered all the roads into that subdivision, destroying homes and cutting off the rest to all but helicopter access. In 1990 the flow moved into Kalapana, destroying houses and covering a treasured beach with lava. 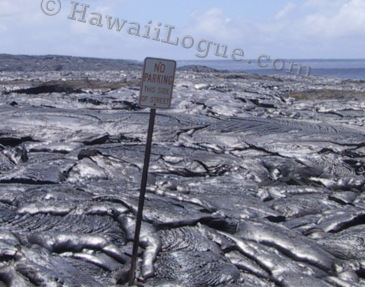 Just nine years ago Kilauea erupted uphill of the current active vent for one day, startling nearby campers from their sleep. They said it sounded like a factory-type roar and lava was moving toward them. Luckily, the park service sent a helicopter to pick them up within a couple of hours of the eruption starting.

Tomorrow lava could well up anywhere: Kalapana, Kapoho, the Kona side. It could come down the slopes of Mauna Loa towards Hilo. About the only places on the Big Island completely safe from lava inundation are Waimea and North Kohala.

Do you have a lava story? Have you been to the active lava flow and gotten to see this kind of activity? Tell me about it! I’d love to hear your stories or see your pictures. Leave me a comment here. Aloha, Lisa