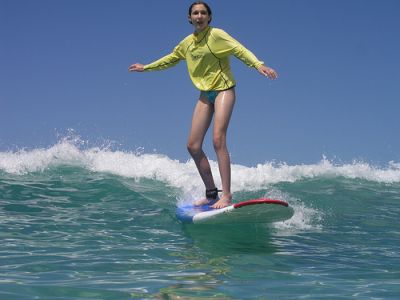 It is no secret that Hawaii is surfing Mecca—it’s where great surfers have been born and where some of the biggest, gnarliest waves make for awe-inspiring pro-surf competitions like the very scary and amazing Pipeline Competition on Oahu’s North shore (which is also where Jack Johnson calls home).

However, the idea of being mercilessly pounded against a reef by terrifyingly huge and very heavy waves does not sound appealing to me. Nope. Not one bit. Being from the mountainous land-locked state of Colorado, I grew up nowhere near the ocean (translation: I am not one with the waves). I am more than happy to shred mountains, but I’d rather opt out of getting my ass kicked by the ocean.

Despite this, every time I visit Hawaii, I look longingly out at the surfers who seem to be having so much fun riding the waves. I’m also all for trying something new and a physical challenge, which prompted me to do some research and put together a list of some of Hawaii’s best beginner surf spots—where you may look like an idiot on those baby waves, but at least you won’t kill yourself.

There are plenty of breaks in Hawaii that are small and perfect for beginners. You won’t be surfing the pipeline when you’re first learning.

While this is a possibility, as a beginner, you’ll probably be learning on waves and at beaches where this isn’t likely to happen.

Yes, they live in Hawaii, though no beaches in Hawaii made the list of the 10 Most Shark Infested Beaches in the World, so you’ll probably be fine.

As a beginner, you probably won’t be surfing any breaks that die-hard locals frequent. While locals certainly get annoyed by surfing tourists taking waves, as someone who has no idea what they’re doing you’ll probably be on the small waves locals aren’t competing for anyways. 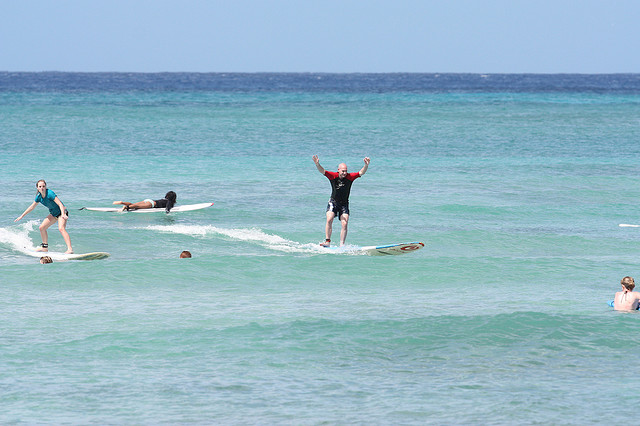