Search here for airfare deals to Hawaii, the Big Island 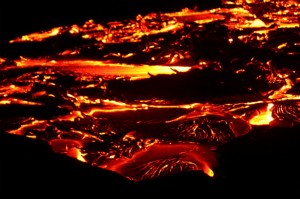 The Big Island has two points of entry, Kona International Airport (airport code KOA) on the western side of the island and Hilo International Airports (airport code ITO) to the east. Kona is the busier airport, which receives interisland flights as well as those arriving from overseas and the U.S. mainland. See below for more detail and use the tool at the top and bottom of the page to plug in your destination and arrival cities and find flights to the Big Island.

Hawaii is a very popular destination during the winter holidays (mid-November to March) and during summer (June to August) so cheaper airfares and sales will often pop up on the shoulder or off-seasons outside of those times. In addition, Hilo’s Merrie Monarch Festival in the spring draws hula halau from all over the state and the world, so be prepared for higher prices and scarce hotel vacancies in Hilo during this time. In October, Kona hosts the World Ironman Triathalon Championships, so prices will spike and hotels in Kona will be booked to capacity around this time as well, near the events. Plan far in advance if you are trying to make it to the Big Island around these times, or consider staying on the opposite side of the island.

Getting to Hawaii Island from the US Mainland

There are currently no budget carriers that fly to Hawaii, but you will find quite a few domestic carriers with direct service to Kona. For flights to Hilo, United has direct flights from Los Angeles and San Francisco. Additionally, you will find options for connections on Oahu, Maui, or via a west coast city.

Use the tool at the top or bottom of this page to plug in your departure city to test out routes to Kona (KOA) or Hilo (ITO), but keep in mind that you may need to make connections or fly on multiple airlines to get there, so pay attention to the number of stopovers and total transit time if this is important to you.

Getting to Hilo or Kona from an outer island

The largest interisland carrier is Hawaiian Airlines, which connects Hilo and Kona to Honolulu and a variety of other cities around the state.

Island Air is another smaller carrier, which provides an additional connection between Kona and Maui. From there, you can reach all the major islands.

Getting to Hawaii Island from any other destination

There are no international flights direct to Hilo and very few to Kona. From international destinations or most of the U.S. mainland, you will have to make a connection in Honolulu, Maui or a U.S. mainland city. See this page for more information on flights to Honolulu or flights to Maui.