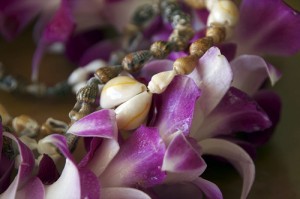 Maui is fast becoming a popular alternative to Oahu as an arrival point to the islands of Hawaii, especially for flights from the US Mainland, where carriers have been busy adding more and more direct routes to Maui. Kahului Airport (OGG) is the main airport and the busiest for Maui arrivals. Kapalua (JHM) and Hana (HNM) are smaller towns that also have airports on Maui that handle interisland arrivals only. A majority of travelers will arrive on flights into Kahului.

Maui county also includes the islands of Molokai  (MKK) and Lanai (LNY), which have their own airports but will have direct flights only from the other Hawaiian Islands.

Getting to Maui from an outer island

Traveling between islands in Hawaii is possible through Hawaiian Airlines and also the smaller regional carriers of go! Mokulele Airlines (a Mesa airlines subsidiary) or Island air. A majority of interisland flights to Maui arrive at Kahului, but you will also find flights to Hana and Kapalua via the regional carriers.

>> More info on Getting from Honolulu to Maui

Getting to Maui from the US Mainland

There are currently no budget carriers that fly to Maui and fewer options for transpacific carriers than Honolulu, but new routes are being added as demand increases. Many domestic carriers service the transpacific route, which can lead to fares as low as $400 from west coast cities, slightly higher (and fewer options for direct flights) from the east coast. Hawaii is a very popular destination during the winter holidays (mid-November to March) and during summer (June to August) so cheaper airfares and sales will often pop up on the shoulder or off-seasons outside of those times. 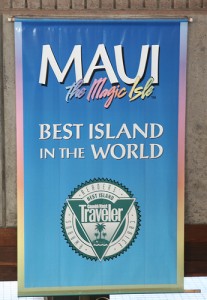 US Airways connects Maui and Phoenix.

Getting to Maui from an international destination

Currently the only direct international flights to Maui are from Vancouver via WestJet. However, international connections are possible via Honolulu with Asia and the South Pacific. Flights from Europe will often have stops in the continental U.S.

photos by happyskrappy and 123 look at me.