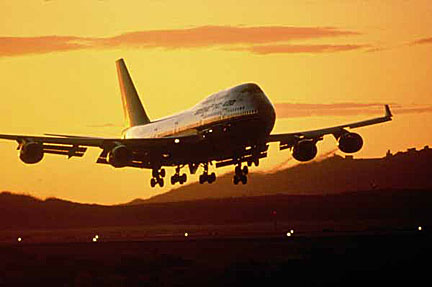 With gas prices soaring to nearly $4 per gallon, filling up your car’s tank is not the only thing getting more expensive. With the summer travel season quickly approaching and gas prices higher than before, your plane ticket to Hawaii is also getting pricier. Delta Airlines recently announced they will be adding a $110 round-trip fuel surcharge to its Los Angeles to Honolulu flights. This added fuel surcharge comes on top of rising airfare prices, which began to climb after ATA and Aloha Airlines declared bankruptcy and discontinued flights in recent months.

Travelers still hoping to make it to the Hawaiian isles can count on lower airfares starting in September, with airfares dropping from summer highs of nearly $700 roundtrip from LAX to Honolulu to a lower $425 range.

For those of you still hoping to make it to Hawaii in the next couple months, a good alternative is buying a package deal that can offer you savings on not only airfare, but also on hotels. Pleasant Holiday offers great package deals in the upcoming months. With the possibility of airfare skyrocketing to over $700 for a LAX flight to Hawaii, you may be better off just buying your airfare and hotel together in a package deal. One of these deals is a five-night package (hotel and airfare included) from Los Angeles to the Big Island for only $479/per person. For travel between June 15-August 1, travel must be booked no later than May 26. Pleasant is also offering great package deals to Oahu starting at $505/per person, Maui for $525/per person and Kauai for $499 per person. To check out deals on Pleasant Holiday’s web site, click here.